Tennil Beuerlein Reflects on Her Performance at the CrossFit Games and What Comes Next.

What’s the first thing Tennil Beuerlein, The Fittest American Woman on Earth, wants to do now that the CrossFit Games are over?

“I haven’t decided yet, right now all I’ve decided is that I’m getting a puppy,” says Beuerlein.

If you follow her Instagram page, you will see she has done just that. She is a proud new “dog mom” of a Yorkie Poo appropriately named Madison (yes, that Madison), or Maddie for short.

This may not sound like the natural first step for the 2017 CrossFit Games “Most Improved” athlete who took 6th place overall and turned up ten top ten event finishes including a 1st place finish in the Sprint O’Course, but Beuerlein is all about balance and progress – not just in sport, but in life.

“I like to keep progressing in all parts of my life. I really, really like balance,” says Beuerlein. 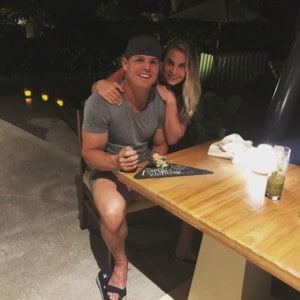 Beuerlein (formerly Reed), was married earlier this year after the Open and before Regional’s, where she dethroned former Games and South Regional champ, Camille LeBlanc-Bazinet. After Regional’s, she hopped on a plane to Costa Rica for her honeymoon that included a bike ride and over a mile-long zip line through the rain forest.

With thirteen events over five days, Beuerlein says confidence, faith and a whole lot of prayer at the starting line not only carried her through the week, but kept her focused on one task, one event at a time; a strategy that kept her from overthinking the amount of work ahead and helped manage the high level of pressure she puts on herself as a competitor.

“When you are super competitive, you put a lot of pressure on yourself. I care so much about the end result I just want the event to be done, for the pressure to be off; but I know to accomplish something great, you have to go through something really hard. The feeling of accomplishment after I am done is amazing,” says Beuerlein.

It’s a mindset she and her coach, Mike Lee, have developed and executed during competition season and the formula has proven to be effective – give your best effort for each event and let the results speak for themselves. Of course, Beuerlein has some obvious strengths outside of her mindset as well.

Take the Sprint O’Course, for example, where Tennil’s focus on the task at hand allowed for learning and improving on every round, ultimately leading her to a first place finish. In fact, she made such an impression during the practice runs that other athletes were asking her for advice and tips on how to get through it.

“I flew through the practice runs and they

[other female Games athletes] said ‘you just won the practice.’ Doing something new like that was so much fun, that’s what makes the Games different and fun,” recalls Beuerlein. 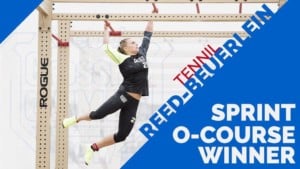 Last year, it was The Snail, this year it was events such as Run, Swim, Run, the Cyclocross, the Madison Triplet and the Sprint O’Course – events Beuerlein says test true athleticism. As a young girl, Tennil played just about every sport from soccer to swim team to gymnastics. In junior high and high school, she discovered a love of basketball, volleyball and track and had dreams of pursing basketball at the collegiate level. Though her dreams were diverted, she never stopped being an athlete – she even played recreational league rugby in college before hanging up her cleats due to an ACL injury.

It wasn’t until she was earning her Doctorate in Physical Therapy at Midwestern University in Glendale, AZ that a friend of hers took her to her first CrossFit Class – and after six years, CrossFit has become the sport she’s done for the longest amount of time.

“I never felt like I got to do anything athletically in college like I had always wanted to, I wanted that college sports atmosphere, but I ended up getting really involved in school. Finding CrossFit helped me live out that dream of being a college sports star, I guess,” says Beuerlein. 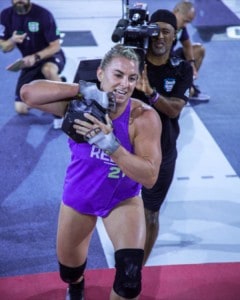 “I was proud of that award. It proved that I worked harder than all those girls the whole year and that was one of my biggest goals ever. I wanted to work harder, be more ready than any girl there and I felt like that award said that ” says Beuerlein.

As for making run for the 2018 CrossFit Games, Beuerlein is certainly looking forward to another season of training, improving and most definitely winning.

“I love competing. I love testing myself. I love winning. Winning is the best – the Games are a lot more fun when you’re winning, I’m not kidding. It’s not fun for me to go to a competition and not win,” says Beuerlein.

Checkout our free resources section to find out how to design programs for athletes.