How Long Does it Take to Make it to the CrossFit Regionals?

Written by OPEX Coach Will Trujillo

How Long Does it Take to Become a CrossFit Athlete?

In order to be successful in competitive CrossFit, persistence is required. Yes, it’s a cliche. But it’s a cliche because it’s true. CrossFit is no exception to this rule despite what the sport appears to be. Talent will only carry you so far. Unfortunately, this lesson seems to be lost on much of the CrossFit Community. Social media stories would have us believe that training to compete in the Sport of Fitness is a much shorter track than it actually is. As a result, there are tons of athletes out there who are burned out from a process of training they were never actually educated on or bought into, to begin with.

You may be asking: Who is this guy? I’ve never seen you on the CrossFit Games Podium!

True, I’ve never been on top of the CrossFit Games Podium, but I have been to the CrossFit Games. In addition, I’ve participated in every CrossFit Open and Six CrossFit Regionals. So, I’d say I’ve been around the block a few times and know what’s required to make it to the next stages of CrossFit Competition.

I can’t remember a time where I wasn’t competing in CrossFit. I’ve been competing in fitness since the first time I walked in the door of a CrossFit gym. Something about CrossFit just spoke to me and I really fell for it. I followed the class workouts religiously. It was a great initial ride and quite the evolution over the years. However, the workouts started to become even more random and less structured. I started to plateau and needed to find a change. I found that the OPEX individually designed program and approach to fitness made more sense and allowed for significantly more longevity in the Sport of Fitness. This meant that the persistence required for success in the Sport would lead to success, not injury.

Fast forward to today and I’ve evolved into a professional coach with some great mentors along the way and have successfully competed in the Sport of Fitness. I know that my journey as an athlete is finite and probably closing at some point soon, but the other is hopefully in its infancy and I can share what I’ve been through and experienced to shape the path of those that cross into my world.

If you asked me off the top of my head what the progression was like, my bias and clouded memory would make me think it was quick and smooth. When in reality, it’s been years of little gains accumulated through persistence and planning. Something that’s hard to see as someone who only strives to compete.

When I was able to step back and evaluate this, it made me curious to look back at past leaderboards for a truly objective look. It was eye opening to go back and see guys who are now at the top of the leaderboard sprinkled much much lower and see just how long their journey to the top actually was. A few concrete examples:

I omitted the names of the competitors because I don’t coach them directly, however, the majority of them are guys I know personally and have competed against throughout the years.
They have my respect, not because of the accomplishment, but because of the dedication. As you can see, they are not ‘overnight’ successes. They have been working for almost five years to get to where they are now. How many workouts and hours were spent to make those climbs year-by-year? Probably well into the thousands.

What can we learn from this?

Being a real competitor isn’t for those who lack vision and commitment to the long haul. It’s not a glamorous trip despite what you see on social. However, with the right guidance and support it can be an extremely fulfilling journey. If you want to start walking that path for the next decade and find the right support system, reach out to a professional who understands what those seasons and years look like. Reach out to someone who shares the same passion for competition that you do. 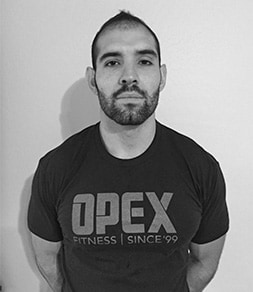 Will Trujillo has a long history with athletics and wellness. His history as a collegiate athlete at The Adams State University led him into exercise science and to further pursue his doctorate in physical therapy. During his doctoral studies, he found a passion for coaching in youth performance and multimodal fitness. Upon graduation, he continued both roles, programming for multiple sports teams, individual athletes in various realms, and facility-wide programming, all while maintaining an outpatient caseload at Banner Thunderbird Medical Center.
Since graduating, his desire to improve has led him to various educational pursuits including the GIFT fellowship, certified integrative dry needling, active release techniques, functional range conditioning, and many others in the hopes of achieving improved results for athletes and patients.

Movement Assessment and the Fitness Coach

How to Assess Cardiovascular Fitness - 2 Tests

The Fitness Assessment Form: How to Create Your Own