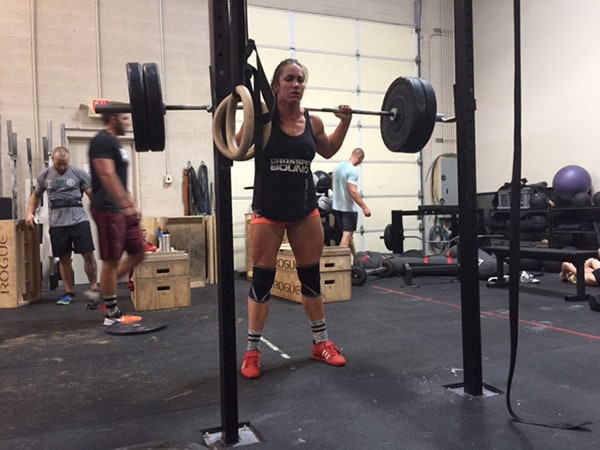 Routine is a part of life—particularly if your fitness and exercise regime is important to you.

While a vast majority of people struggle to find the motivation to exercise consistently; Those who train regularly are typically the opposite—prioritizing fitness like brushing their teeth or going to work (it’s just what they do) even if that means waking up at 4 a.m.

Anyone fall into that category? Early risers?

While 4 a.m. may sound like awful for some, for others, it is the only option.

Work. Family. Kids. Commitments. In order to juggle it all, 4 a.m. just happens.

As grueling as that may sound to some, in actuality, research shows that these folks are more committed to their workouts, missing less frequently, than any other gym-goers; and may actually be happier individuals by and large.

After all, it takes a special discipline to wake up before the rooster crows; and it feels amazing to accomplish big things before breakfast is on the table.

That being said, however, other research has shown that your ability to tap into your ultimate potential—your peak performance—may actually be impaired in those early morning hours.

In fact, according to the American Council of Sports Medicine (ACSM):

“As with longer anaerobic testing, strength performance is less impressive before noon than it is in mid-afternoon and early evening. Moreover, when strength is measured with a device that controls for speed of limb movement (isokinetic), this chronobiological fluctuation is most pronounced at faster speeds (think barbell cycling and power output during a 12-minute AMRAP).”

Anatomically speaking, it has been suggested that muscle strength is greater later in the day since body temperature is also higher during this time. The activation of your fast twitch muscle fibers (which are put into called into motion when force requirements are high) is preferentially enhanced at a higher body temperature, which tends to peak in the latter part of the day.

Additionally, the ACSM points out:

“The gradual increase in body temperature throughout the afternoon and early evening also contributes to the improved flexibility observed then. Accordingly, both muscle contractility and extensibility are influenced by the body’s natural variation in temperature. This suggests that not only is greater strength performance more likely in the afternoon, but resistance to muscle injury may also be greater at that time.”

Other research has confirmed these conclusions.

Sprinting is apparently linked to more power output when performed in the afternoon, as is the power output of middle-school students at P.E. in school.

During this study,  researchers looked at 12 P.E. students to examine the effects of active warm-up duration on the fluctuations in anaerobic performances during different times of day. The students performed a medical stress test (progressive test up to exhaustion) and four Wingate tests (measurement of peak power) in the morning and afternoon. Researchers found that, while the students did exhibit greater power and strength during the afternoon exercise sessions, these findings were less pronounced, in comparison to the morning sessions, when longer, more extensive warm-ups were tested.

So what does this mean for YOU?

If this is the case, as research suggests, then you early risers may have your work cut out for you. If 4 or 5 a.m.—even 7 or 8 a.m.—is your ‘norm’ time to workout, here are a few points to consider for overcoming the power of the biological clock.

Got Water? 16 ounces upon waking is a baseline for waking up and re-hydrating your body that has dried out some after 8+ hours of no liquid. Jumpstart your metabolic function, your energy and brain alertness with a baseline of water before putting anything else in your mouth.

Warm-up. As one of the above studies suggested, your warm-up may have the ability to help your body overcome the biological factors working against it in the wee morning hours. In other words: your warm-ups go beyond just opening up your hip flexors or shoulders now. Use your warm-up to literally warm up your body temperature so it is able to go to work for you at its fullest capacity. This includes workout specific warm-ups.

Sleep. It goes without saying really that you need sleep—we all do—especially if early to rise is part of your daily routine. 7-9 hours is the golden rule of thumb and if you are not getting that, your power and strength is going to be impacted no matter what. Sleep deprivation has been shown to impair sub-maximal strength training performance and increase ratings of perceived exertion (Reilly and Piercy 1994). To not let lack of sleep get the best of you, try implementing a few of these techniques to get as much as you can in:

Cortisol Levels. Also known as your stress chemicals, cortisol is technically a “glucocorticoid” that is produced by your adrenal cortex in response to stress (physical or emotional) and according to natural cycles that tend to correlate to circadian rhythms (i.e. body’s internal clock). That being said, arising in the wee morning hours (4 and 5 a.m.—times when the body is innately wired to be sleeping) can take a tremendous toll on your cortisol levels and body’s stress. More than anything, it is vital to be aware of this—and to manage your stress throughout the rest of the day (as best you can) in order to get any benefit whatsoever from your training sessions.

Exercise and training is a natural stress that raises our cortisol for the time we are in the gym. Waking up earlier than our bodies generally are wired (or not getting enough sleep) is another stress—do this 5-6 days per week, day in and day out—and chances are your cortisol levels may take a chronic blow (staying more elevated). And chronically elevated cortisol is linked to a host of issues (including decreased immune function, hormonal imbalances, increased inflammation, poor blood-sugar handling, impaired mental capacity and more). More than anything, it is vital to be aware and mindful of keeping as little stress as possible around in your life if you already have enough stress from early morning lifting and ‘getting by’ on your sleep (best you can).

And although, it may seem as though early morning workouts are not as good as you may have thought (i.e. start the day off right, get your work done before the stress or to-dos of life begin mounting), there is other research  that suggests that MAP-10 style training, sustained aerobic and stamina-based efforts actually are not impacted by the time of day (jogging, running, rowing, cycling, swimming, etc.).

People’s general power and performance for anaerobic activities (such as weight lifting, sprinting and spurts of intensity), is highest in the afternoon and evening. However, stamina, or your ‘engine’ throughout your workouts is not necessarily impacted. Additionally, your performance capacity may actually be enhanced through more intentional and involved warm-ups. If you’re genuinely interested in performing at an optimal capacity, research suggests that afternoon and evening training sessions are ideal. If your primary goals are to ‘look good naked’ or ‘live long and prosper’ though, morning workouts—or whatever time of day you decide—are perfectly fine.

The Paleo Diet: Pros and Cons

Are you Talking to Your Clients About Their Poop?

10 Tips for a Healthy Lifestyle - From a Coach

How to Use Weight Lifting for Weight Loss