What I enjoyed most about 18.2 + 18.2A is that it involved a little bit of everything. This workout required the athlete to put up a relatively high power output in fast contractions of both the burpee and the squat, and throw up a huge clean number in a very short amount of time. The volume was fairly minimal, only 55 reps in total of both the dumbbell squat and the burpee.

However, the speed required to achieve a competitive score was tremendous given the limited time frame in tackling two very different workouts.

This means that lactate hits were a required in the warm up to get heart rate up to the level that it would reach during the workout as well as “waking up” lactic acid buffering and reminding the body how to clear and recycle it for energy. It was equally as vital that the athlete have an aerobic system capable of recovering quickly from the effort of the first piece to hit a very heavy clean in 18.2 A. In addition, getting a ‘fast’ score in the first portion of this workout required a tight and organized setup with minimal transition time.

Overall, the difference makers in your finishing time in 18.2 and weight cleaned in 18.2a was a combination of two simple factors: How ‘tight’ your equipment set-up was and how well you followed a strict and targeted warm up effort.

Was Your Equipment Setup Organized?

One of the most basic, yet overlooked components of Open Workouts is the placement of your equipment. In fact, there were plenty of people I saw on various social media apps and in the CrossFit Games leaderboard video submissions who lost up to a minute or more of time due to poor planning of where they placed their dumbbells, how they set them down after a set, and where they ended up following a set of burpees. This also includes poor chalk ‘discipline’, which means individuals who have a habit of chalking their hands when it’s completely unnecessary and a waste of time.

Therefore, the placement of your equipment in 18.2 + 18.2A was critical to your success. The overall setup of your equipment needed to be tight, close together, and organized. Take a look at the diagram below for the ideal set-up as described in the OPEX Strategy Guide. 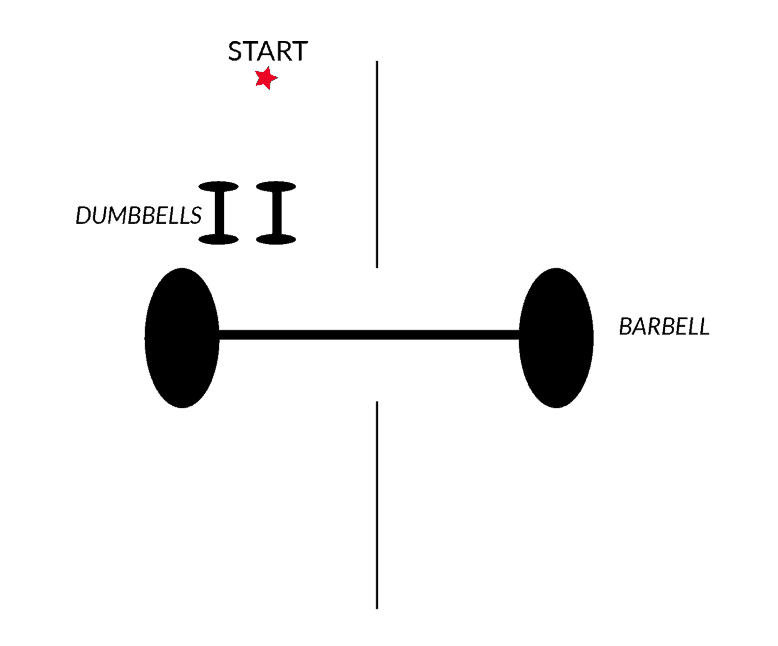 Moving forward into 18.3, you need to become more cognizant of where you place your equipment. There needs to be a rhyme, reason and order to where everything is placed. Doing so could improve your position on the leaderboard dramatically.

Was Your Warmup Specific?

You shouldn’t expect to do very well in any competitive workout without warming up. However, when I speak about warming up, I’m not referring to random stretches and movements. A warm up should be a focused and targeted effort to get you prepared for the main event.

When it comes to warmups, several things need to be considered:

All of these factors influence the framework of an effective warm-up. In the case of 18.2, it was a relatively low volume workout performed at an incredibly high pace with fast rate of contraction. Your warm up needed to take this into account. Let’s take a look at the warmup found in the OPEX Open Prep Guide for 18.2

The warmup is a training session in and of itself specifically because the workout is incredibly demanding. The body must be prepared for the specific work required. Moving forward into the next event, you should consider warming up in a structured and targeted way. You will be surprised by how much you can improve your score by focusing more on your warmup. 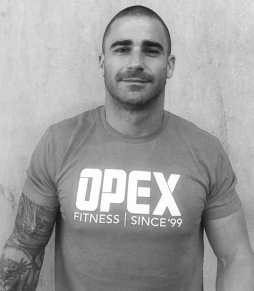 Henry’s first involvement in sports was at the age of 5, when he joined his first basketball team. In the next three years came volleyball and baseball until he was finally old enough, at 8, to begin Pee Wee Football. For the next 20 years football became his main interest, his passion, his teacher, his refuge, and his outlet. Every day, every practice, every game the whistle would blow and it was the field of dreams. The one place where nothing else mattered and 100% of his being would be dedicated to his performance, his team, and the infinitely insatiable desire to notch another “W”.
By age 17 he realized that everybody goes to practice, listens to the coaches, and dedicates themselves. To gain an edge, there would have to be even more commitment, off the field. That’s when he joined a gym for the first time, and began to learn about the intricacies of preparing the body to perform. After high school, college (Div 1 AA), and semi-pro football, this became his new passion, as he found himself fascinated with the ability to establish a physical training program with predictable results.
Later on, he got involved in the sport of triathlon. With many short distance races as well as several half and full Ironman races, he continued his quest to achieve the highest level of physical performance within his reach. In the sport of fitness, Henry is CF Regionals qualifier out of Latin America as an individual in 2014 and as part of Team Aggressive in 2015.

Request a consult with Henry now!

Seven Useful Lower Body Kettlebell Exercises You May Not Have Tried

How to Create a Long-Term Training Plan with Periodization