After 10 years of coaching, Jeremey Tate was at a crossroads.

He was coaching 25 group classes a week, which was fun in his 20s, but as a 36 year-old he was reaching a tipping point, where on the other side of that tipping point was quitting altogether.

“Coaching 25 classes a week for the last 10 years brought to light the mortality of my life. I cannot keep doing this volume,” he said of his realization. 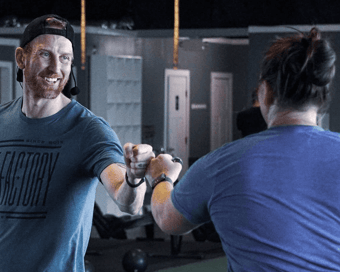 So he approached the owner of his gym—Fit Factory Nashville in TN, where Tate is in charge of coach development—and said, “I don’t want to quit, but I can’t keep coaching how I'm coaching. What can we do to make it more sustainable?”

At the same time, Tate had heard about the OPEX Coaching Certificate Program, but had been hesitant because “the price tag was like, ‘Woof,’” he admitted.

As a result, for years he immersed himself in course after course—from the CrossFit Level 1 and 2 certifications, to kettlebell, weightlifting and gymnastics courses—and while they usually taught him “a couple of cool coaching cues,” they never helped him see the big picture of how he could turn coaching into a professional, long-lasting, sustainable career.

But then while at his crossroads recently, he spoke to a friend who had taken the OPEX CCP, and she convinced him to bite the bullet. 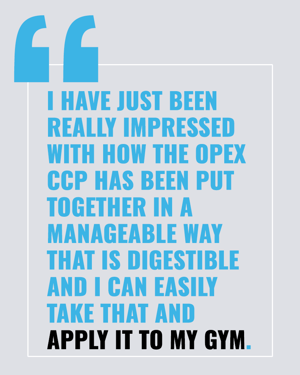 Tate started the CCP in October 2022, and although he’s only one third of the way through the course, it has been the game changer he was searching for for years.

“I have been blown by the amount of content…and the content I have learned has been so instrumental in learning why,” he said. “I have just been really impressed with how the OPEX CCP has been put together in a manageable way that is digestible and I can easily take that and apply it to my gym.”

He has been particularly impressed with the weekly mentorship calls—led by OPEX CEO Carl Hardwick—as the calls allow for higher level discussions about coaching and the bigger picture business of coaching.

“It makes it way more personal (than other courses),” he said.

“And we’ll have break off groups on Zoom, and it’s like, ‘Here’s an avatar, let’s go apply what we have been practicing…It’s just something that I haven’t experienced with any other course. And to me, that is learning, not just by hearing it, not just by reading, but by applying it, with a mentor right there with you that can answer those questions in real time,” he added.

Hardwick’s mentorship style has also played a big role in him learning as much as he has already.

“He finds a way to get the point across and to teach without overcomplicating it. He’s very concise with how he teaches and it’s very efficient…and I look up to that because I do weekly meetings with my team (and I need to know how) to keep it focused and keep it all on track,” Tate said.

But the biggest takeaway of all… 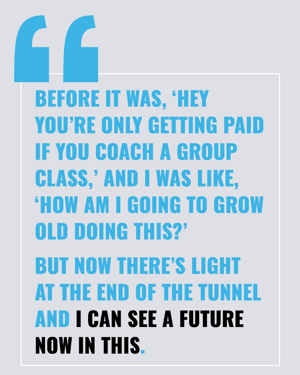 Most importantly, however, is how Tate now sees a way to continue coaching in a more sustainable way, and much of this comes down to his plan to introduce more individual design and lifestyle coaching at his gym, which will allow him to coach less energy-draining group classes each week.

While it’s not realistic to overthrow the group class entirely at his gym that has 500 members, the plan is to follow a “step-by-step process” that introduces OPEX principles slowly, which will include starting to use the open gym time that already exists at his gym.

Next they will roll out nutrition coaching, one-on-one coaching and individual design, which he thinks will work well as a lot of their members either work from home or work odd schedules, meaning they’re free during the mid-day hours. 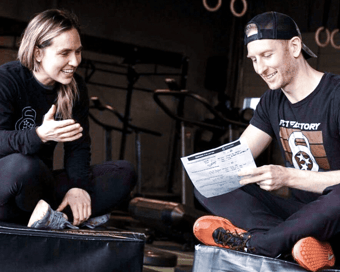 “Before it was, ‘Hey you’re only getting paid if you coach a group class,’ and I was like, ‘How am I going to grow old doing this?’” he said.

But now “there’s light at the end of the tunnel and I can see a future now in this,” he explained, which comes in the form of the OPEX model, as it’s “going to be way more sustainable for me, and hopefully for my other coaches.”

And Tate credits the OPEX CCP with helping him “see how this will work” and providing a “roadmap.”

“This is what I have been searching for,” he said.

Beyond An Hourly Wage - A Coach’s Story