The Demise of Personal Training

How much do you value your body?

One walk around the airport in Chicago on my way home to Labrador; or one hour spent at Walmart searching for a snow sled for my kiddos – and the assumption you’d make for most people for this answer is…not a lot.

It is NOT hard to see through the media today, to read in the papers, to watch on TV, etc. that “quality” food helps one persevere, and that exercise CAN help. 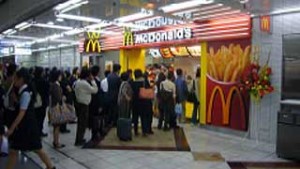 So, do the 40 people I saw lined up at McDonald’s in O’Hare – pilots, airport terminal workers, frequent fliers NOT see this information?

Was Super Size Me not enough – I think it made millions in 2004, or maybe it was only a bunch of people like me that went, only watching the information we know. (On the way out of the movie —> “ya, that shit is crazy! Remember that part when he said to just punch your kid in the face every time he sees the big M?! That was awesome!”)

It once meant something to be lean and fit. It was seen as obsessive by a lot, and narcissistic by others.  Now it’s actually laughed at by many.

Once the kid, man or woman that took care of their body was applauded (when times were SO rough :)…are now snickered at by their peers.

Blogged about by haters who think being lean and fit is actually bad for the other in the relationship, ”it may lead to resentment” they say…hmmmm.

Maybe the value of the body has been lost?

Where in the hell did this come from anyhow? “Spirit, Mind, Body” it just simply makes SENSE to me.How about “mens sana in corpore sano”? (I actually once though about that as a tattoo one time – I got an Aquarius tattoo instead).

Philosophers have argued this one for ages, around the table going after which one is more important.

MANY of my elders (Bernie, Manfred included) at various points in their life would have described the importance of these being higher at one point than another.

At later parts in their life, they both commented on how the “physical potential” search we are after was REALLY brought to the forefront – and spoke of my importance as a health and body investigator to inspire the “body” to the front of the line – which houses the mind – and travels with the spirit – then detaches after the physical end.

How much do you value your money? Did you bang into your neighbour who just bought a hot new Tesla and say to yourself on the way home “Ya know, I should probably invest in this guy with my money – he can do it.” 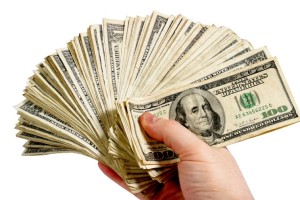 How much do you value your home? Do you go to Home Hardware and watch this 30 minute show there on some guy putting tile down on a piece of wood and say ”Ya know, I CAN build a house.”

How much do you value your building in which you work? Or a bridge you travel over each day over the river to your work? Do you think a weekend course in architect and design, and some metal working weekend course will get you there? Enough to start showing up at a construction site on the weekends with a welding machine and start hammering it out?

How much do you value your children? Do you see some Mom at the store kneeling down and communicating with her child so sweetly and think ”Yup, I should leave the kiddos with her!”

Somewhere along the way, and the reasons are long, the value for the body and the ones that are trained to educate and lead others in taking care of it was lost.

The rise in the health investigation field and personal training started due to the increased awareness of humans on just how unhealthy we as a whole were getting.

There used to be some pretty simple methods of remaining INTACT.  They were lead by only a few health advocates at the time.  Everyone trusted them.  Their purpose was longevity for everyone.  This was truly “functional fitness”.

The SHIFT happened where more and more people were “needing” health advice but the job “personal trainer” was being pursued by anyone and everyone. 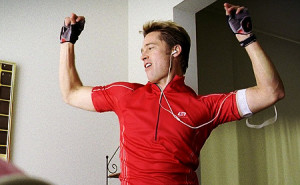 TODAY, this very day, one can walk into the gym with awesome quads and nice arms, get some phone numbers and emails and start training  people with a cost as they wish – no license needed, no insurance, nothing – yes, ANYONE can call themselves a personal trainer. ANYONE.

This has created a massive polarization of the profession. REAL, honest, accredited, experienced, professional trainers are being compared to a guy or gam who works out and maybe wears nicer tennis shoes. Why? 1. The value of the body has been lost. 2. The value of the art and profession of personal training gone.

How to re-create the value of the body? How does one person, or a group of people inspire this to happen? Maybe its each person for themselves. Maybe there are activists and thinkers and people who WANT to make that change happen who think larger than their little circle.

How does personal training re-invent itself to do this?

One area which is obviously stuck is the life cycle and end game for the personal trainer. Unless you are going to work with the same people for 25 hours per week for the rest of yours and their life and  just charge more per hour each year then you will reach an end. Which is why there are SO MANY personal trainers after 3-4 years of service move into another profession. Think about that.  Why do so many of them stop?  They cant “hack it”, NO.  There is no carrot, NO future!  Who wants to be in that job?

Where the engineer, accountant and carpenter sees a future, there is NOT one for a trainer – on their own.  Even large able personal training facilities have scaled models and grids set up for the END DATE in mind?  Why, there are more coming in!

The only area thus far that I have seen in my existence that MIGHT be able to fix the END GAME and the re-creation of the value of the body and trainer is Program Design. 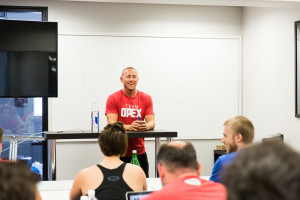 Ever heard of the term “teach a man to fish”?

It really does just MAKE SENSE.  Kind of like “spirit, mind, body” and “mens sana in corpore sano”.

Teach a person how to do their OWN training.  They workout on their OWN.  Sure they can do it when others are around and we can call it “COMMUNITY”!

Too hard to do.  If you think so you are prescribing programs that are too hard because:

1. You are selling intense group fitness.

2. You need a personal training client.

There are a lot of other things to fix I know.  Water issues, soil issues, economics, government, etc…etc…I know, I know!

But one has to start somewhere.  This idea is not a re-invention.  It is re-writing history.  Taken from the stories of thousands I have helped over the years.  And to this day still are keeping it up, EVEN after I have gone.  Now THAT is the end game. 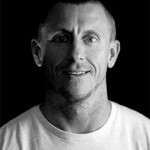 How to Run a Successful Gym Business during COVID-19