The Deeper Level of Coaching 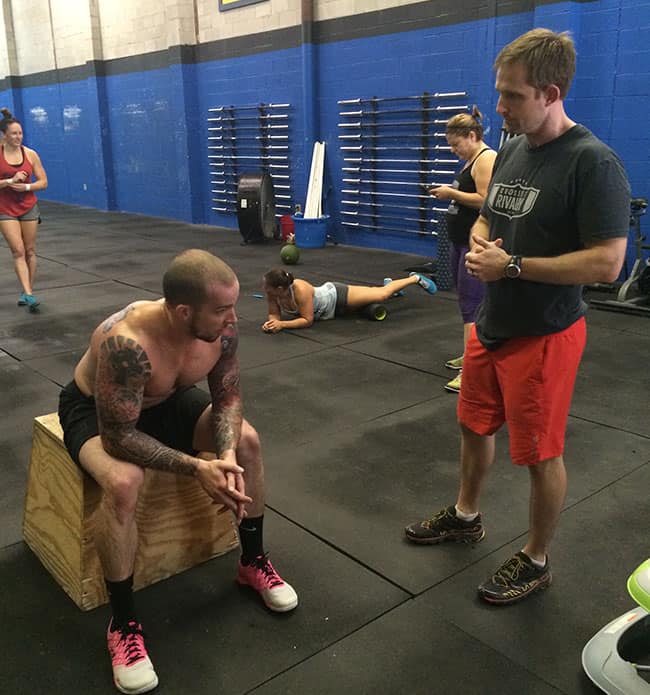 As a coach, the importance of recognizing emotional as well as physical constraints cannot be overstated.  I try my best to anticipate physical and emotional challenges before a client reaches them.  Being able to anticipate a specific challenge offers the opportunity to provide support to your client as they transition through the challenge and reach success or failure on the other side.  A couple of years ago I watched as a client practiced a routine muscle up transition and moments later left the gym with tears welling in her eyes.  I was barely able to ask if she was ok before she was out the door.  At first I worried she was physically injured, but within seconds I realized she was emotionally distraught.  This incident was my first exposure to the complexity of certain emotional challenges.

The depth and scope of each client is different.  The depth and scope each client allows their coach access to varies equally as much.  This particular client is someone I am very close with.  I’d known her for years, and had recently begun training her individually.  This event was one of many that caused me to scratch my head.  Just when I felt like I had her figured out, something else would come up and I’d be lost again.  I could tell there were frustrations on both sides.  I knew she was unhappy at times, but for the life of me I couldn’t figure out why.  Physically speaking her progress in the gym was excellent.  She reached each goal we set for her in regards to performance.  She won multiple gold medals in her chosen competition circuit both in the U.S. and abroad.  Her overall success did not mask the occasional emotional challenges, and it was those negative events we needed to evaluate.

Often people will have a bad day at work, and then a rough day at the gym.  Sometimes this combination is simply too much for someone to handle on a particular day.  I understood those common occurrences and knew how to deal with them.  My concern in this client’s case was a “notice” that her pain was coming from a deeper place than the simple combination of a rough workday and bad training day.

I failed, as her coach, to recognize the underlying issue for over a year.  Over time I began to recognize patterns.  If she felt as though her work in the gym was successful, she felt fantastic.  She felt this way regardless of anything else going on in her life.  The frustrations of work or anything else seemed inconsequential to her.  She was happy.  However, on days when her performance in the gym did not meet her expectations, she was inconsolable.  I “noticed” my opinion of her performance was important to her, but not always as influential as I thought it might be.  SHE had to FEEL it was a good day in the gym, and whether or not I viewed her performance as a success did not always matter.  We had conversations multiple times per week, and would communicate daily in some way, shape, or form.  Finally, after more than a year of working with her, I was able to identify how her mind worked.  Her main source of happiness stemmed from her performance in the gym.  I don’t mean it put her in a good mood on top of everything else she had going on.  I mean she felt as though her performance in the gym DEFINED her.  If she failed in the gym then she viewed herself as a failure.

The pressure she placed on herself each day was extraordinary.  The gym was a place where she received the greatest amount of joy, but also a tremendous amount of anxiety and emotional pain.  Once I recognized how she approached her time in the gym, we began a dialogue to investigate the thought process further.  Years went by, and weekly discussions relating to the subject occurred.  Over time her ability to recognize and manage her emotions improved.  She still had moments of negativity, but we all do.  Her resiliency as an athlete and as a person grew with each training session, competition, and failure she encountered.  More importantly she used this increased awareness and resiliency to re-evaluate what really defined her as a person.  Previously, she allowed her physical performance in the gym to dictate how she viewed herself.  Moving forward she was able to accurately define herself within her own mind, and recognize she was a much deeper soul than any performance in the gym could convey.

Recently she decided to shift her focus from athletic endeavors.  She still trains, but her improved mental state and sense of well being led to new opportunities in her personal life.  She made the comment that she never knew she could find “this sort of happiness outside of the gym.”  The excitement I feel for her is beyond words.  Knowing she found happiness within herself is extremely fulfilling for me as her coach.  In this circumstance all I really did was “notice” a pattern and provide an outlet for her to discuss what was going on in her mind.  Our discussions created an avenue for her to verbalize instead of internalize her thoughts.  The transformation she experienced was her victory, not mine.  She had the courage to use those “notices” for her own benefit.  The easy way out was to ignore them, and continue to blame performance as the root cause of her unhappiness.  The process itself took over 2 ½ years for her to reach the point where she is today.  I could not be more proud of her for the journey she made.

As a coach we often use the number of pounds lost, podium finishes, and PRs our clients achieve to define our success.  Recognizing the need to pay attention to what drives a person may lead to a far more impactful life change than any of those other achievements.  In the same way, athletes need to understand the fundamental value of not only knowing but also ACCEPTING and feeling comfortable with themselves.  Sometimes the greatest triumph achieved through training is the resiliency of the heart and mind and a person’s inner peace.