Reflecting to Master the Mind Game

Have you ever walked away from an event or competition unsatisfied?

Maybe you didn’t execute the plan the way you wanted or you lost focus and made a mistake that cost you the win or finishing better than you could have… either way the feeling in your gut leaves you unfulfilled from the experience.

I recently had the opportunity to speak with Amanda Goodman (OPEX onsite athlete) around reflection of past performances.

We began to discuss this year’s Regional competition, and I asked her if there was an event she felt she could have done better.  Her eyes lit up and she began to share her experience of an event where she felt herself worrying about who was in front of her.

Amanda wasn’t winning this event and she began noticing herself relative to where others were on the floor rather than staying present to doing her best in the moment. Amanda was in argument with what I call our “Personal Critic” everyone has this little voice of “reason” whenever we start doubting or judging ourselves based on what’s is happening… I can go deep into this topic but I’ll save that for another day.  In this moment when Amanda started listening to her “Personal Critic” she stopped being present to the task.  Her energy wasn’t focused towards climbing the rope and doing everything she could to finish to her fullest capacity rather she was caught up in what was going on around her and was unable to refocus.

Refocusing constructively is one of life’s greatest challenges.  If doing it was easy, everyone would be doing it—but few of us are.   You can chalk it up someone’s loss of focus to a fear of failure, fear of losing, fear of looking bad, or whatever but it’s all stories we allow to come into our mind to rationalize our current circumstance.  In return we limit ourselves and who we are and succumb to a lessor version of what we are capable of.

Amanda went on to describe, “At some point I intentionally took an extra second to see who was left on the floor.” I then asked her where her mind set was during this moment.  She said, “On my competition”.  I agreed. While her competition was finishing the workout she was observing with frustration.   Within this storm of emotion Amanda lost her mindfulness to stay in the moment and perform at her best.

I then asked her to explain a performance where she was completely fulfilled with the outcome.  Amanda recalled a moment from the 2014 CF Games and described in detail the Clean Ladder (fast , heavy , intense –expresses Amanda perfectly).

As she described the event you could feel her energy as she relived every second.  She said, “I had tunnel vision I could see nothing but the barbells in front of me, I knew other athletes were out there BUT I didn’t ‘see them’—I knew what I had to do and I just went out and did it!”

Executing one barbell at a time with massive intensity and focus is what she did.   When she finished she stood up on the platform, and expressed how she didn’t know where she finished or who was in front of her (if anyone), all she knew was what she was feeling — a strong positive energy that raced thru her body  stemming from authentic self expression when you do something COMPLETELY with your soul.

Right there I stopped her and said “That’s it … that’s the mind set you need to remember and reflect on when you find yourself struggling to be present on the task at hand.  When you feel a shift of energy moving you away from fully expressing yourself don’t build emotion around it…let it move thru you and put yourself into your best performances.”  For Amanda practicing to refine her skills for focusing and refocusing through distractions will help improve overall performance.

With so many types of tests to prepare for in the sport of fitness you have to know WHO you are in long and short workouts…. In Amanda’s case longer pieces are mentally demanding vs the short intense ones, mostly because of her essence.  Therefore developing a plan that she can use includes self talk and error correction ques to help her stay within herself and perform to the best of her ability.

Within this small conversation Amanda was able reflect on her past performance and identify areas of improvement in her mental game.  This new awareness could create a higher level of mindfulness during competition and prepare her to take action the next time her focus shifts away from what she has to do.

When performing at the highest level the smallest mental breakdowns can cost seconds and places they can never get back…. And for an athlete who dedicates their life to winning and being at the top of their sport the mental preparation cannot be overlooked; pre-competition, during and post event.  Reflecting on competitions and training is a way to let go of what didn’t work and build in what does, this refinement goes with the physical preparation and is constantly evolving as the athlete grows emotionally.

Refining the mind game is apart of mastering and reaching peak potential.  The biggest thing that hurts an athlete over just winning and losing is not feeling they gave it their best effort.   Performing one’s best is a combination of physical prep and mental focus that allows the athlete to stay in the present with each performance.

Ways you can Refine you Mental Game and Keep your Focus. 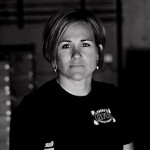